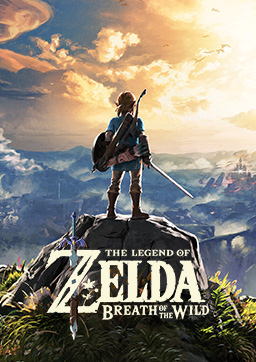 Writing this review was much harder than I expected. There are many aspects of this game that I liked and there are many others that I did not. As anybody who has read reviews of this game before playing it, I had extremely high expectations. Breath of the Wild is constantly referred as the best Switch game and also as the best Zelda game, which is not a claim to take lightly considering the trajectory of the series.

The very first part of the game (The Great Plateau) works as a tutorial where you are taught to use the new items, how to hunt and other basic skills. After this, you are given access to the rest of the map and are free to finish the game as you like. There is no hand-holding or preset order in which the different areas need to be completed. For some people, this was excellent, but some other people might feel lost and with no clear direction of what to do next. Since you are given all the abilities at the beginning of the game, there is no incentive to find a new interesting item in a new dungeon or advance the story further.

Speaking of dungeons, there are only four “real” dungeons in the entire game, which are also extremely easy and short. There are also 120 “shrines” scattered trough the map, that are just really short challenges or puzzles that award orbs upon completion. These orbs can be exchanged for heart containers or extra space in the stamina wheel. You can think of these shrines as one-room mini-dungeons that replace the quarter-heart hidden pieces in the previous games. All the shrines are decorated identically so they lack a distinct personality. The same goes for the four dungeons.

I truly admire and commend Nintendo for taking risks in order to keep evolving as a company that specializes in both hardware and software. Breath of the Wild is revolutionary in many aspects thanks to those risks. However, some of those risks did not produce good results. For instance, the most controversial decision was to make the great majority of your gear having limited durability. This means swords, shields, bows, spears and rods will break after some use. This varies on several things, but, for example, a weak shield may break after blocking a single attack from a strong enemy.

This durability mechanic was supposedly meant to force players to try new play styles and equipment, and it does accomplish that, but it also creates a myriad of problems. The most obvious is that even your favorite weapons are basically disposable unless you never use them, which defeats the purpose of having them in the first place. Nintendo tried to fix this by offering an over abundance of weapons (specially melee weapons), but this creates yet another problem: You have a limited set of space in your inventory so you constantly must choose between keeping the weapon you like or dropping it to make room for a different weapon that you may need later. How do you get more space in your inventory? Well, you need to find Koroks spread across the map and exchange some of their seeds for extra spaces. However, these spaces become increasingly expensive very quickly, so you need to find more and more Koroks and at one point you need to find more than 40 Koroks just to carry an extra shield or sword that may break in a single hit.

In other words, there are several flawed mechanics that attempt to fix each other, but do not really accomplish anything besides creating unnecessary frustration for the player. If they wanted to force players to use the whole spectrum of gear and weapons they could just rely on their different characteristics. The armor system works beautifully because, for example, one armor set protects against fire, another lets you move without making noise, another lets you climb faster, etc. None of the armors break, but I wanted to have them all and constantly switched between them because the game itself invites you, not forces you, to exploit their properties. Why are the weapons different, but for the worst?

Graphics are really good for a Switch game, but that comes at the price of long loading times. However, loading only occurs while fast-traveling or when the game first boots up, never when traversing the map normally.

Tha vibrant colors from Wind Waker and Ocarina of Time are mostly gone. The world in Breath of the Wild has some kind of dull and opaque treatment that makes it look like the screen has a thick layer of dust on it. This is a huge shame since the geography of the world itself is amazingly interesting and beautiful. 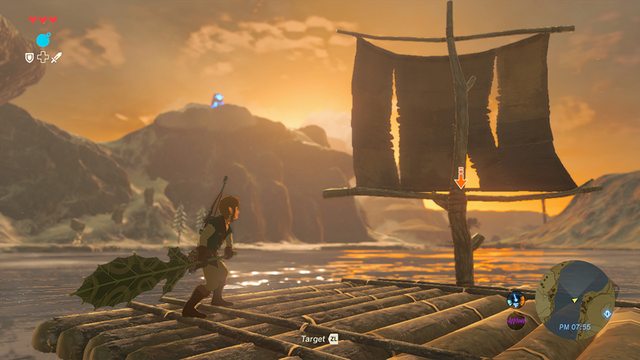 We have all the shades of brown you may want.

I do not know why the artists at Nintendo chose this incredibly boring palette. I can only imagine they tried to convey the destruction and calamity that befell Hyrule when Ganon conquered it a hundred years before. If this is the case, they still failed to accomplish their objective because instead of sadness or despair, I only felt disappointment on such a vast and impressive world colored with what is slightly better than just variations of grey and brown.

An inviting geography, but dull colors.
Picture taken from ateijelo.com/blog/2017/06/24/botw-panoramas

I would have never thought I would say this, but the music in this Zelda game is quite disappointing. It is obvious that it was composed specifically for the exact game they wanted to create-A minimalist soundtrack that lets you focus on the environment and attempts to distract you as little as possible. However, this results in empty periods were only the sounds of nature are heard (which I enjoyed) and suddenly some sharp notes are heard without any context only to disappear again. As strange as it may sound (pun intended), I would have preferred to have no music at all and fully immerse in the eponymous wilderness of the game and its ambience. Critics would have been harsh against a game with no music (specially a Zelda game, with its rich interconnection with music), but I firmly believe this would have been the right choice in this case.

In terms of story we also see some very contradictory decisions. For one part, this is the first Zelda game with fully-voiced cinematics that explain what happened when Ganon attacked and conquered Hyrule. However, all this narrative can be reduced to “Hyrule was conquered and you have to fix it” because none of the cinematics respond to questions, solve mysteries, add twists, or make you more invested in playing the game.

Breath of the Wild focuses almost exclusively on exploration. This is a good call because this is by far the best part of the game. There are mechanics that invite the user to explore and interact with the environment in many fun ways. For example, you can hunt animals and catch insects. You can also take photographs and store them in the “Hyrule compendium”, which is an encyclopedia of pretty much every item and living thing that exists in the game. I had a lot of fun trying to complete this task. Since some animals require stealth to capture, it felt like a combination of Pokémon Snap and Metal Gear Solid 3: Snake eater, with a touch of Zelda.

Overall, I did not dislike this game, but I must say I do feel disappointed after all those reviews set my expectations so high. While I played more than 160 hours before reaching the end credits, I spent most of that time just wandering around and finding hidden places. Most of the time I did not feel motivated to progress the story and, for all the reasons I explained before, I suspect that Nintendo wanted it that way.