We have a word for this: Outdated. Something that is so old that has become useless. But we also have a word for old things that are not only still useful, but maybe even better than new styles: Timeless.

Some people love old things just because they are old, but there are people who have come to appreciate old things because, sometimes, they are still objectively better than the new alternatives.

For example, I am not saying that old cars are better. They were much more insecure and polluted more than new cars. But a few things were designed so cleverly that their design has transcended time, and their new competitors have resorted to misinform the public in order to make us think they are better.

Recently, my amazing girlfriend gave me a marvelous gift which challenged my perception and made me learn much more than I expected.

I was given a Rockwell 6S razor, which is one of the most recommended products for those trying to stop using the omnipresent multi-blade disposable razors. Not only is this a beautiful tool, but the Rockwell company provided a great customer service by sending another package when we informed them the first one was lost in the horrendous mexican postal service, as we sadly expected. 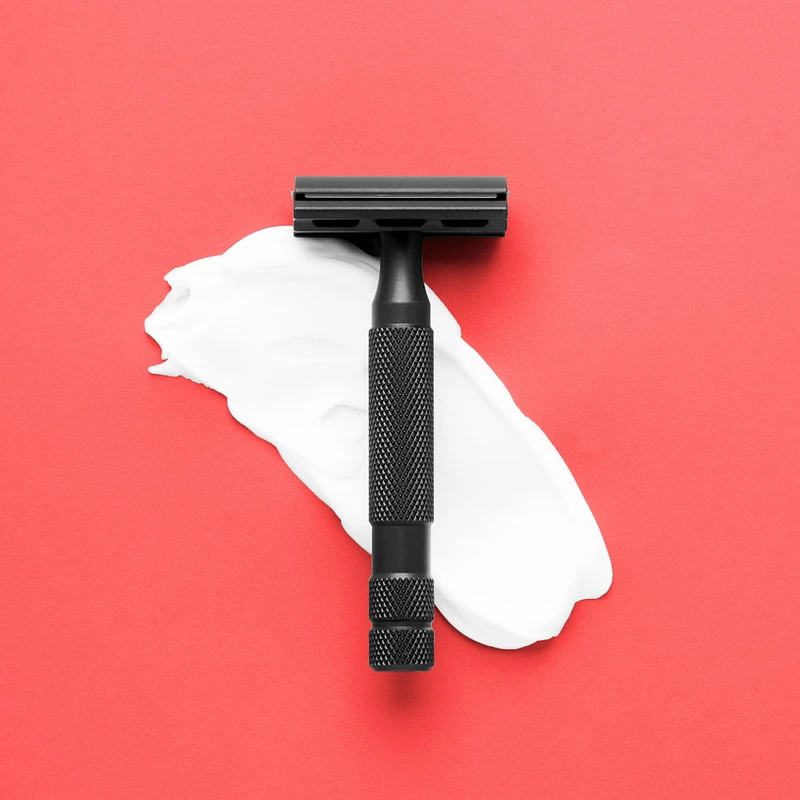 Using this kind of razor is quite different to the newest alternatives. It uses the old school blades, which means less plastic goes to the landfills, but you also have to learn to use it.

First of all, you need to assemble the blade into the handle. This is easily done, but it feels like a little commencement ritual that must always be performed, like a ancient knight praying before a battle.

After I am done using it, I make sure to clean it, dry it and store it back in its case. A job is not done until you store your tools away.

You also have to select how close the shaving will be by manually exchanging different parts of the razor. This is also interesting, since you need to customize your shave by paying close attention to your face. I am actually glad I didn’t get the Rockwell model T, which, besides being more expensive, includes a dial that removes this part of the process.

There is also what I call “The angle of attack”. With these old-school safety razors, you need to find a proper angle between your face and the blade, otherwise you will only caress it with the metal. With the new disposable models, you just press the thing to your face and hope for the best, which now seems like a mindless and careless chore. I won’t even start writing about electric razors, for obvious reasons.

As you can see, I learned a couple of things from this old tech.

Overall, I think this is one of the best presents I’ve received. On the long run I will save a lot of money, it pollutes less than the other options and it is so well made that I am confident it will outlast me. It also made me reflect on a couple of things.

Newer is not always better

All my life I was told that the newest razor was the best. I didn’t even know about the existence of safety razors until a few years ago. However, now that I’ve compared both options, I can confidently say that the old design was much better in all aspects.

At least in this case, advertisement hid a better design from us, and we had no other choice than play along. We simply didn’t know that a better option existed well before the actual status quo was created.

I looked for other cases in which an old concept was superior, and I found two that, in fact, I was already using.

The first is manual transmission cars. I particularly like changing the gears while driving. It provides a much more engaging experience that makes driving way more fun than just pressing the gas pedal and occasionally turning the wheel. Some people hate it and think it is unnecessarily difficult, but I think it will be a sad day when electric cars will inevitably make shifting gears a thing of the past. Some people never give a chance to manual transmission cars because they think it is too difficult. I can assure you they are missing out.

The second one is using Linux as the operating system of my computers. This is even a more niche segment than stick shift cars, and I can understand why. Microsoft and Apple have made a tremendous effort in imposing their operating systems in the large majority of devices. However, when I became brave enough to learn to use Unix-like operating systems, I found it was much more user friendly than I expected. From some time ago, Windows, iOS and MacOS have implemented so many anti-features that Linux has become the only viable option. Some people never give a chance to Linux because they think it is too difficult. I can assure you they are missing out.

This is similar to making your own cup of coffee instead of going to the closest Starbucks and having somebody make it for you. The experience of making something on your own is much more rewarding and instructive than simply paying for it if you embrace the challenge of making it a little better every time. This is quite ironic, since Starbucks and Apple supposedly “sell experiences, not products”.

This is wrong. Apple, Starbucks, Gillette (and many other companies) don’t sell an experience. They sell the idea that you are buying an experience that is better than what you can get anywhere else. Their business depends on people not realizing that there are better experiences out there, and sometimes they were there before.

Thinking about this made me realize that some people could say that I am antiquated in some aspects, and maybe they are correct, but now I know that being old-fashioned is not necessarily bad. Old design is sometimes better even in an objective way.

Will this realization make me consider using typewriters or vinyl records? I honestly don’t think so, but now I have a mind that is a little more open, and can understand why some people embrace the old, and reject the new.