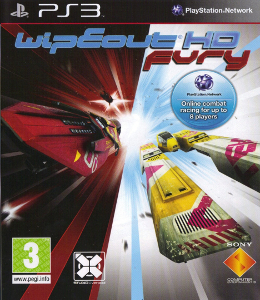 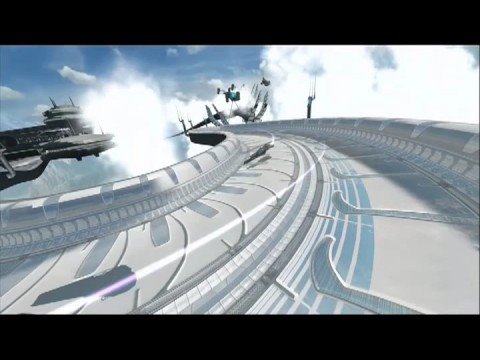 Like many people, I got this game totally free as an apology from Sony, after the PlayStation Network service was interrupted. As I had not played any WipEout game before, I choose WipEout HD Fury as one of my free downloads based only on the graphical aspect, and, to be honest, I am very happy to have chosen it.

I am ashamed to admit that, before playing this game, I always thought that the WipEout franchise was only a cheap copy of F-Zero, and I was very happy to be proven wrong. I did not know that a racing game could offer so much, and to top it all, I got all this for free.

WipEout HD offers several game modes: Race campaign, Single race, Tournament, Time trial, Speed lap, and Zone. In the Zone races, your ship accelerates by itself gradually and the goal is to survive as long as possible. It sounds simple, but it is very hard and, more importantly, very addictive. In a game with really good graphics, this mode is particularly gorgeous and shows off the talent of The Designer’s Republic. The normal aspect of the tracks changes to something very reminiscent of the Tron bike races and every time the player completes a set of laps, the colors change in a very flashy way. In my opinion, this is by far the most interesting mode in the game. It requires patience, lightning-quick reflexes, and endurance. Watching a good run in the last zones is something really spectacular. Feel free to skip to the last few minutes of the following video to understand what I am saying.

The online mode deserves special recognition. I have ran many times in the online mode, including 8-player tournaments and I have never experienced any kind of lag, even on my third-world internet connection. All of my online races have been as smooth as the offline races. This is something notable due to the neck-breaking speed characteristic of the game. The online community is keeping strong and constant even to this date. I’ve never had a problem to find opponents in any time of the day or night, which is also notable for such an old game. It was even relatively easy to organize a “Bling Brigade” race (a race which requires 8 simultaneous players to use a special silver paint-job in their ships).

The Fury expansion adds the following modes to the game: Eliminator, Zone battle and Detonator. As you can imagine, Fury focuses on combat and destruction rather than in a traditional race mode.

WipEout has always had a very special relationship with music (for example, the disc of the first game could be inserted on a regular CD player in order to listen to the game’s soundtrack). In WipEout HD, the player can change the soundtrack for any songs in the PS3 hard drive. This is a very welcome bonus for those of us who are not fans of electronic music, which is so prevalent in the game.

This game alone made me a fan of WipEout, The Designer’s Republic and Studio Liverpool (even thought Sony decided to terminate the studio). I really regret not having played the other games before, but I am thankful to whoever hacked the PlayStation Network, because otherwise I could have gone without playing it. WipEout HD, Fury and 2048 will be bundled and relaunched as the Omega Collection for PS4, and it is the first PS4 game that really made me want to buy a new console.